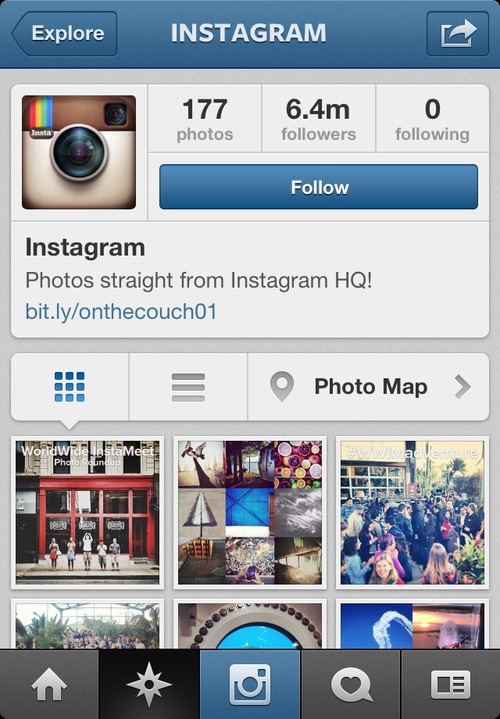 Technology is very much like human evolution; it changes and develops into something more advance than the previous form. And this has happened with Instagram. Initially a purely photo-sharing service, Instagram recently incorporated video sharing allowing its users to record and share videos lasting for up to 15 seconds.

Can we all say “Good bye Vine.”

Since Instagram just launched its video service just yesterday, it will be interesting how ones Instagram time line will change. I noted a change with my timeline as people are starting to use the incorporated video sharing.

From what I am seeing it seems that people are just experimenting with it at this time. Quick fifteen-second video clips (Witch is the maximum amount of time allowed for now.) Of just randomness for lack of a better term, but in time that will change as well when people get more creative.

“If you’re taking videos on the go, you might find that they’re a little shaky. For iPhone 4S and iPhone 5, we’ve built a Cinema feature that lets you stabilize your video after you take it.”

In photography especially with Canon camera users such as myself, maybe even Nikon too. We call it “IS” Image Stabilizer. The reason that I find this interesting is that I can see Apple when they come out with the next version of the I-Phone that it will have such a feature built into it for its camera. And of course I can see Android and Blackberry following too, if not premiering it first before Apple does.

As I stated a “technology evolution” is happening right in from of our eyes.

Users can also select the cover image, choosing which frame people see first when the video is shared. Once the video is complete, captions, hashtags and location can be attached via a separate screen.

The update to Instagram is available currently for iOS and Android.

Now when I said earlier in this blog post; “Can we all say “Good bye Vine.” ” It was said for a reason. It seems that there have been reports of teasers from Vine about upcoming features prior to the Instagram press conference. I rather not wonder or debate at this point in time, but it seems likely that Vine has something in the works to challenge Instagram’s new video sharing. What I will say at this point; is that Vine is not ready to say “good bye” just yet.  It might just want to stay around just a little longer, and put up a fight for Internet survival.